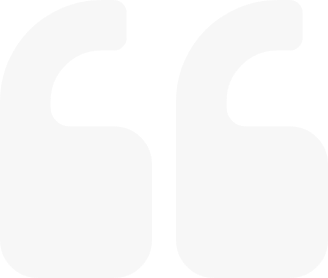 We have a 100% success rate with DAFT applications!

US entrepreneurs and business proprietors benefit from a preferential immigration scheme, based on the Dutch American Friendship Treaty.

According to article II of the Friendship Treaty, US nationals are allowed to remain in the Netherlands:

a. for the purpose of carrying on trade between the USA and the Netherlands and engaging in related commercial activities, or:

b. for the purpose of developing and directing the operations of an enterprise in which they have invested, or in which they are actively investing a substantial amount of capital.

An US national has to invest the ‘substantial amount’ of EUR 4,500 in the Dutch enterprise. Applicants are considered independent entrepreneurs if they own at least 25% of (the shares of) the company. The company itself has to be registered with the Dutch Chamber of Commerce. The applicant will have to submit an opening balance for the Dutch company and a business bank account with the residence permit application. The opening balance documents must be prepared by a Dutch bookkeeper with a BECON number.

Spouses and underage children are allowed to join the entrepreneur. The spouse can work in the Netherlands for any company without a work permit, or also start to work as an entrepreneur.

Want to know more about this subject?

Sheryl can help you.

Testimonials
Be in Good Company. Our clients appreciate our excellent and client-oriented service.
9.9
Alles goed voorbereid en netjes afgehandeld. Resultaat was dan ook positief. Ik ben tevreden.
8
Anna
25 November 2022
I am really happy with the services and support which Kroes Advocaten has provided for my immigration to Netherlands. With the help and guidance of Sander on each and every step overall journey became very smooth. They know every detail of the…
10
Pratik
24 November 2022
Very friendly and professional, knowledgeable when it came to my questions. Quick reply times.
10
Rony Hadar
21 November 2022
The communication was very good, and everything was on time.
10
Aneta
16 November 2022
Very good experience especially with Irene,Everything was clear and smoth. Good advice and followup, Application done on time without any delay at all. And the most import the fix price so no surprise later. I was really in a very good hand
10
Mohamad
16 November 2022
Everything was always done as agreed and on time, discipline is on a maximum level. Very pleasant people to work with. All the inquires which we had were explained in details.
10
Aleksandar
15 November 2022
My experience was very relieving. So helpful and know exactly what to do and helped me feel comfortable in the process of the application. Kept in contact and always answered question as they came up. Over all, a very pleasing experience.
10
Shannon lynn
14 November 2022
Thank you to Jelle Kroes for the support in the process. She is a very reliable and professional person. We had a very pleasant experience working with her.
10
fabia colombo
9 November 2022
It’s been great
10
Elyse
8 November 2022
Do you have a question about the DAFT visa?